Ryan, our screenprint magician, recently hit the road for a tour with the band Cloud Cult. Check out the first installments here and read on for more synergy between Soul Flower and Cloud Cult. This diary features an interview with Singer/Songwriter Craig Minowa.

Cloud Cult Tour Diary (or Ryans adventures selling merch for Cloud Cult and eating his way through the south….) by Ryan Seitz

Cloud Cult is lead by Singer Songwriter Craig Minowa. I sat down with him on tour and asked him a few questions about the band…

R: Cloud Cult and you personally have always cared a lot about the environment and being as green as possible. When did you become interested in that?

C: When I was a kid, I spent a lot of time in the woods and made some deep connections to the wildlife. As I got into my teen years and started learning about how that wildlife was being threatened, I felt strongly compelled to get involved. I went to college for Music Composition and Environmental Science and continued that pursuit with nonprofit work up until establishing Earthology Records and our own environmental charity, created by Connie Minowa and myself, Earthology Institute.

R: I read in the Cloud Cult Book that your parents noticed you imitating sounds from an early age. When did you decide that you wanted to be a musician?

C: I started messing around with writing my own songs when I was pretty young, but I didn’t really feel the calling of music until I was in 9th grade. I realized in high school orchestra that while playing certain songs, I’d get into a really deep state of mind that I had never experienced before. It was a place of medicine for me, and I’ve pursued music ever since, just for the hunger of getting to that state of consciousness.

R: These are confusing times with all the social and political strife in the United States. Do you have any advice for people trying to navigate all the drama and not let it get them down?

C: I worked with environmental nonprofits for over a decade and saw during that time that those who approached the movement with an imbalance of anger would be more prone to burn out. What’s more, the only way to battle darkness is with light. That’s not to say that we can’t get mad and frustrated and brokenhearted, but without a fundamental base of hope for humanity, and moments of empowering one’s self with the contagiousness of the majority of kind and good hearts around us, then there is no bottom and nothing holding us up. I think the Women’s March is an example of what we’ll have to see more of. There were millions of good people around the world standing up, without incident, for goodness. Get active, stay informed, and keep recharging off the love of the majority of the people standing beside you.

R: What is your favorite part about touring with Cloud Cult?

C: We are blessed to have a supporter base made up of people who wear their hearts on their sleeves. It’s empowering to meet them, hear their stories of overcoming struggle, and get reminded of the fact that this world is filled with very bright spirits ready to work hard to make positive change.

Lots of excitement in the van as well arrive in Austin for a sold out gig! This town rules. Lots of cool people here and you guessed it, cool places for me to eat. Since I have been overdoing it a little with food, we decided to check out a vegetarian lunch spot called The Bouldin Creek Cafe for some healthy eats. It did not disappoint. I could go veggie if this place was by my house.

The band is playing the famous Antones blues club tonight. Blues legends such as Muddy Waters and BB King played here back in the day. After the show we hit 6th street district and soaked in the scene. Music coming out of every club and the best people watch I’ve had since the MN state fair. Keep it weird Austin! 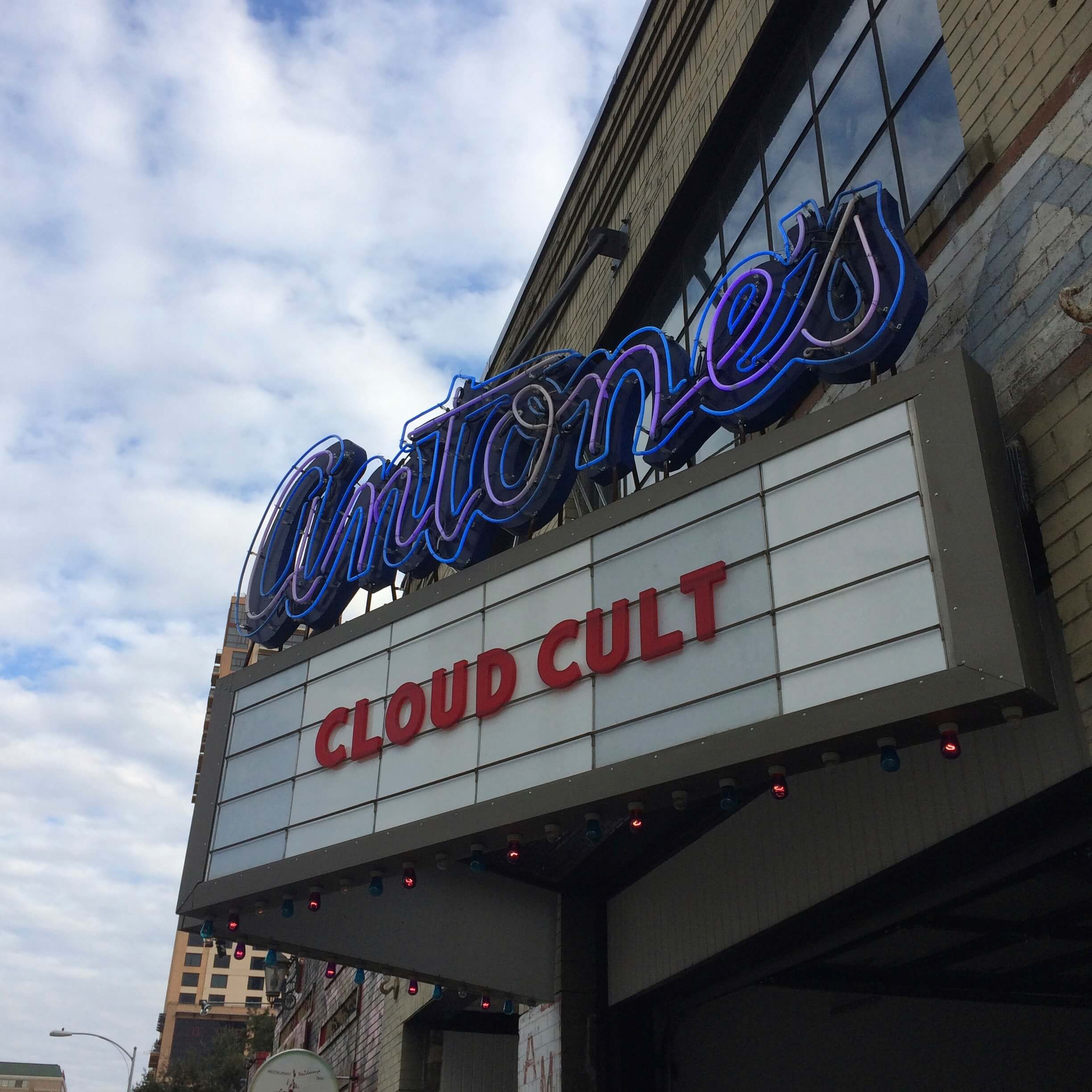 Caption: While in Austin I got the chance to meet up with my cousin Eddie. He works for the EPA monitoring the air and water quality between Mexico and the United States.Always nice to touch base with family far from home.

One more show before we head home. It’s always bittersweet coming to the end of a tour. On one hand I’m ready to get back to my routine but part of me wants to stay on the road. I tend to be more open to new experiences and new people in unfamiliar cities.  There is a strong sense of being in the moment on tour. It’s much easier to be present when the usual responsibilities of home are so far away.

Once I’m home, I always feel invigorated (after I catch up on my sleep). Getting out of my safety zone and experiencing new things makes me look at my home life in a new light. I appreciate what an awesome city I live in, how great my friends are and what a privilege it is to help able bring such positive music and good vibes to so many people. Nothing is more inspiring than seeing this country up close and getting to meet all the great people that come out to the shows.

If you ever get the chance to come out and see Cloud Cult, don’t forget to stop by the Merch booth and say hi to me!