My very first String Cheese ‘Incident’ took place October 29-30th, 2004 at the UIC Pavilion in Chicago. I was only 16 years old. String Cheese symbolized more than just a band before I even had the opportunity to attend one of their shows. They introduced me to a new world and outlook on life, as well as the person I hoped to become in the future. They brought on a joy and light that made me think and see things positively—something I was never used to. My experience(s) seeing them live for the first time were easily the most surreal to date. I never witnessed anything like it, let alone on Halloween weekend. It was an eccentric gathering of people embracing and soaking up every moment of glory. 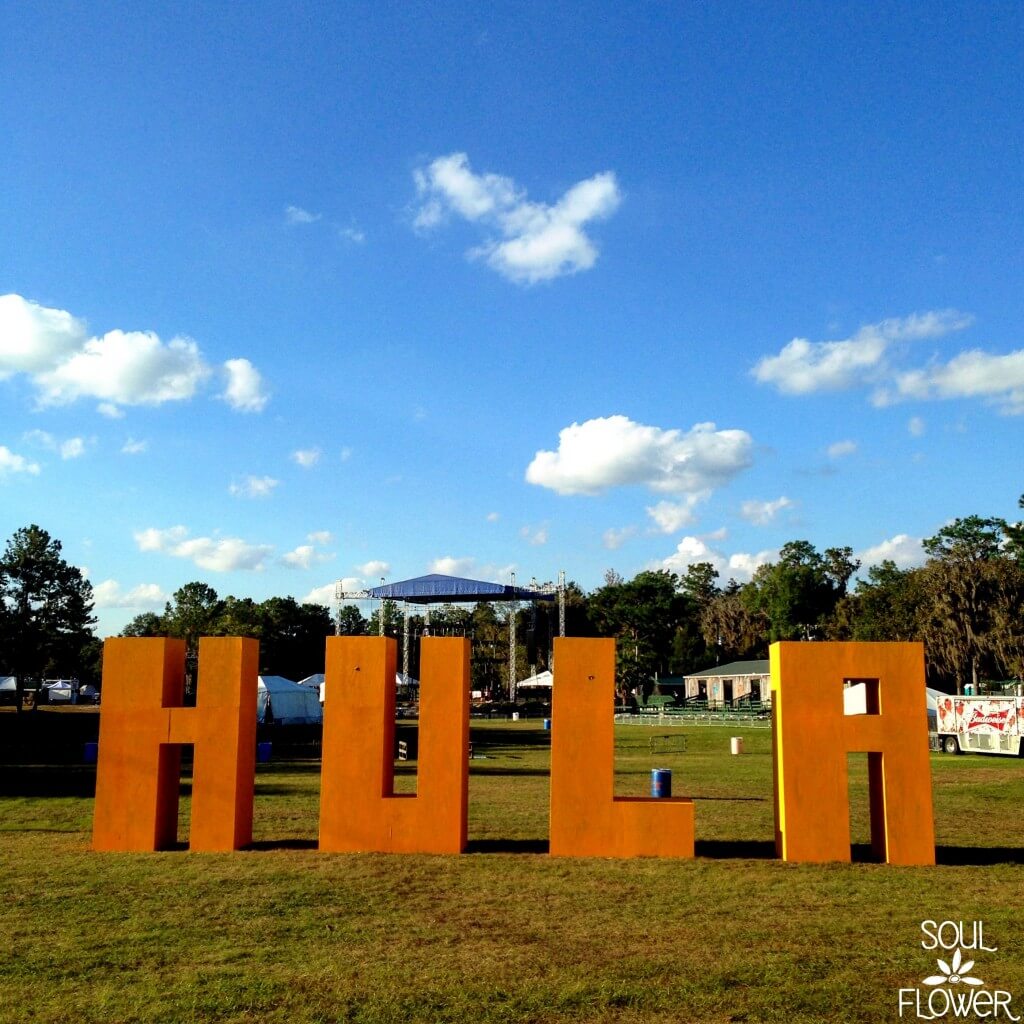 The crowds and SCI’s performances were insane in the best way possible. I saw people with dreads styled like tree branches, light-up suits (which weren’t all that common in 2004), tie-dye galore, fun and perplexing costumes, and above all—there were hula hoopers. Aside from childhood toys and circus acts, I’d never seen people move with such exquisite brilliance while using a hula hoop. 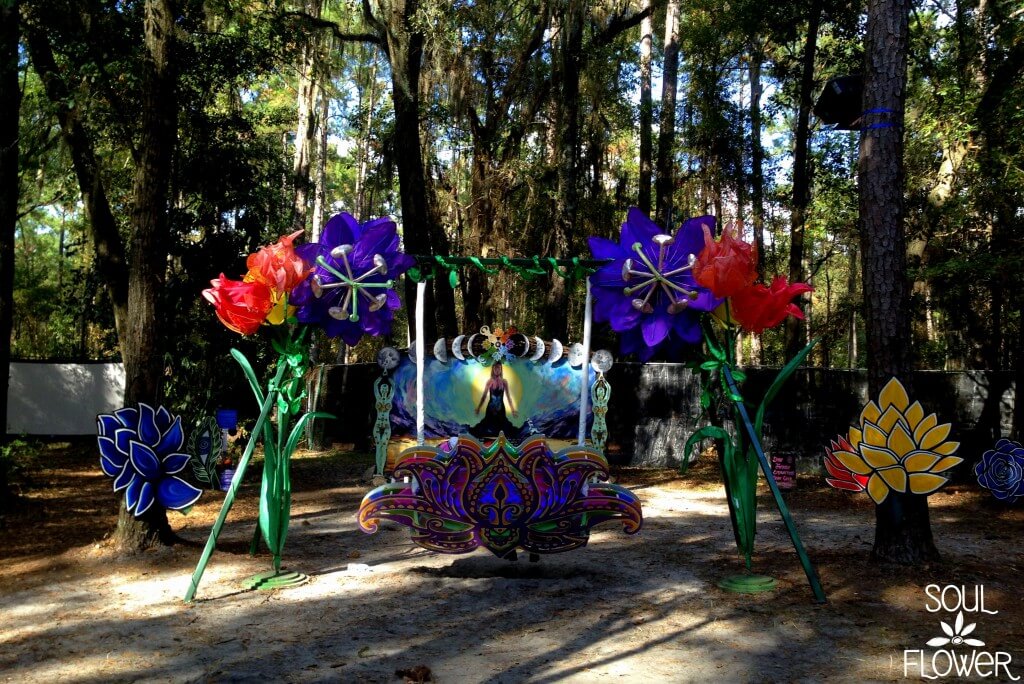 As I looked around at the balloons, confetti, glow sticks, and overall love in the atmosphere, an unknown form of bliss took hold. Throughout the entire weekend I knew this was something I wanted to relive and continue living the rest of my life; and the more I studied the enchanting hoopers, I remember telling myself, Someday that will be me. Exactly 11 years later, I found myself exactly where I vowed and hoped to be. 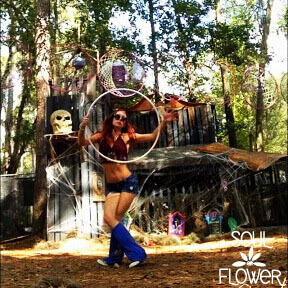 Though I have seen countless String Cheese shows with amazing people and many of my dearest friends, I knew Hulaween was something I had to do for myself. Ever since that first set of shows over a decade ago, SCI always held a very personal and sentimental place in my heart. I knew that none of my friends in the area would be very excited about a 10 ½ hour road trip towards 7 sets of Cheese, and I was okay with that. 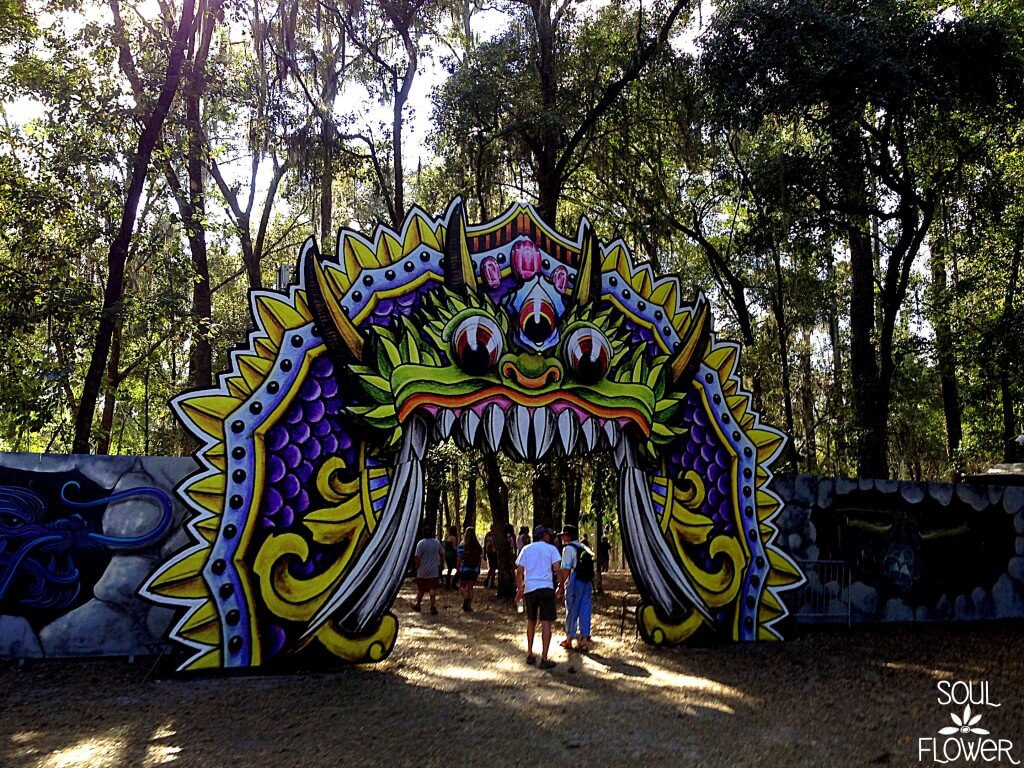 I didn’t want to have to worry about anyone else having a good time. I wanted this to be my time. We are all entitled to selfishness every now and again; especially when we have pure intentions. I decided and made the commitment over a year ago that I would make it to Hulaween 2015. No excuses. In my first Vibe Tribe entry, Flying Solo, I wrote about going to shows and concerts by myself. This is a similar story with a little more emphasis on the ‘solo’ part. Rather than venturing off to a show or two on my own with friends nearby, I took things to the next level. I always wanted to go to a music festival by myself, and what better way to start than kicking it off with the most monumental band in my life? Before I knew it, the time had come. I started the long haul to the Spirit of Suwanee Music Park & Campground in Live Oak, FL. passenger free, bound to embark on a fantastic adventure. 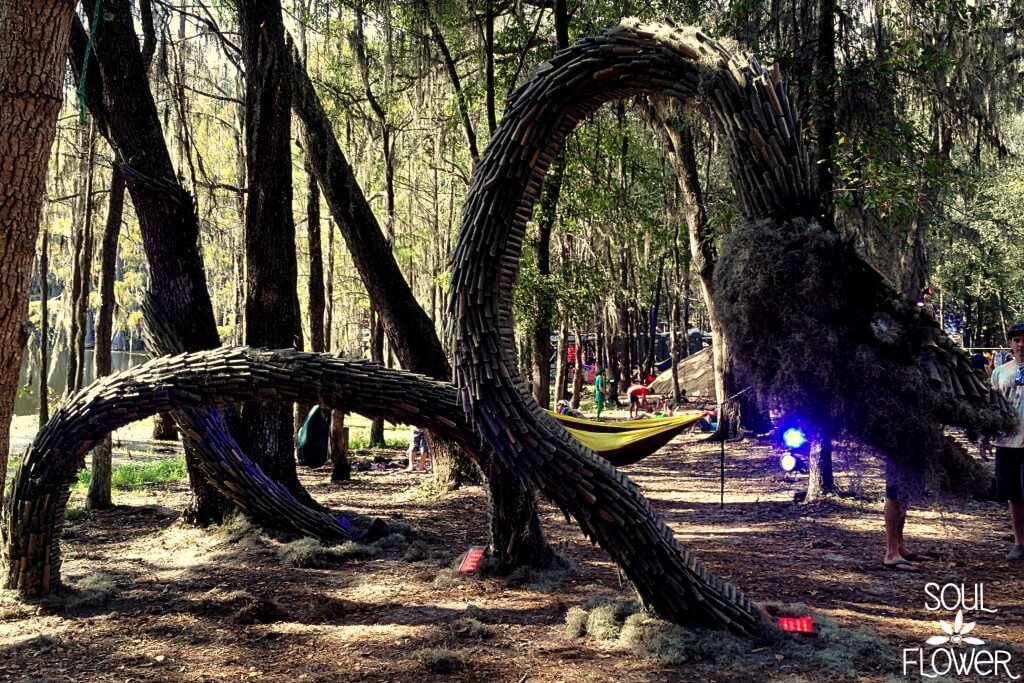 Hulaween celebrates more than a holiday and music; it is a celebration of both visual and performing arts. Needless to say, flow arts play a huge role in this wildly stimulating environment. The beautiful minds and forest engulfing the park create an aesthetic appeal that one would typically only find in their dreams. The fact these things were truly before my eyes and an actual reality was a euphoric notion to fathom. My goal was to attend all 7 sets of String Cheese and discover as much as the environment had to offer me. I succeeded in my task of hula hooping, dancing, and overexciting myself into exhaustion at every set, and I achieved the latter when I stumbled upon a miraculous forest within the forest. 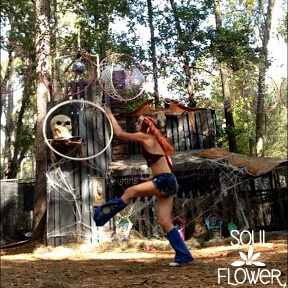 Alongside the beautiful Spirit Lake was an enclosed space filled with mind blowing art installations, workshops, stages, and talented faces overwhelming me with happiness. I had no one to check on or answer to! I was free to explore and act on any impulse or emotion I chose! I never wanted to leave that part of the forest and I didn’t have to. When I wasn’t at Cheese shows or something else that seemed important at the time, that was where I wanted to be, and that was where I stayed. The good vibes and passion that went into the displays emerged and enthralled with a single glance. The haunted house installation was my favorite. Smoke came out of the chimney from time to time and it gave off the essence of Halloween more than any other decor in the vicinity. The snake made from a tree yielded a close second with its intriguing and genius stature. I struggled with the conviction that a human actually created it. The shape and placement beneath the other trees made it seem forgotten as if it chose to grow in its own ‘twisted’ way. 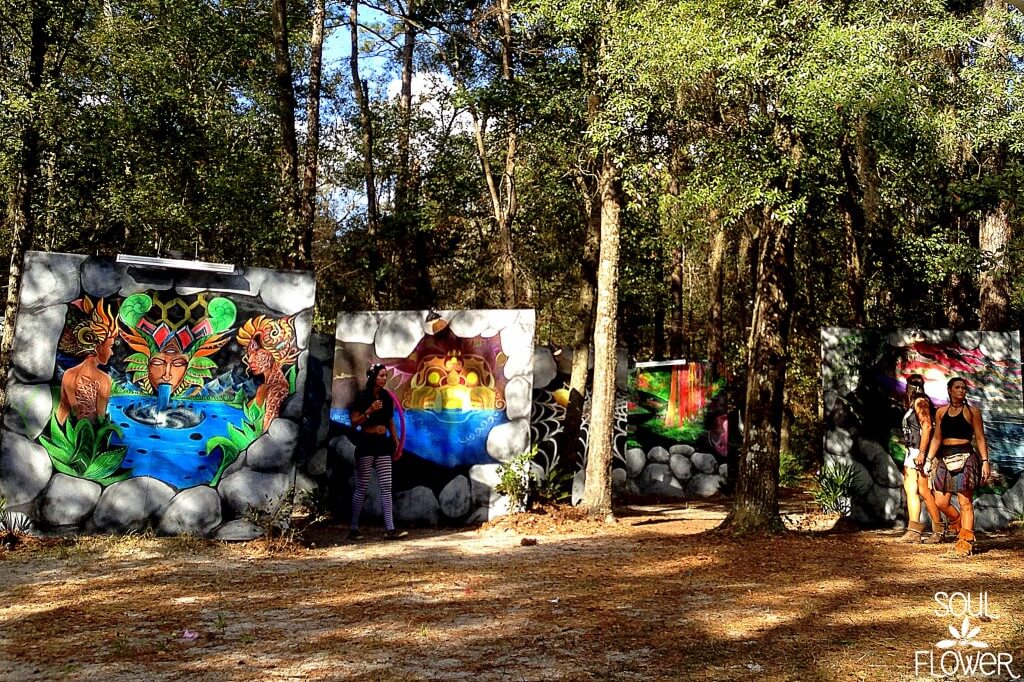 I felt the need to express and explore my own artistic side every time I walked through there. It proved impossible for me to simply wander. I had to stop and flow amongst the art. I held a desire yearning for a connection between myself and the inanimate objects that people not so different from me brought to life. Hula Hooping at Hulaween on Halloween in front of a haunted house iced the cake, and all the ingredients I gathered along with it formed a recipe for self-reflection and independence I never believed I’d have the chance to discover. 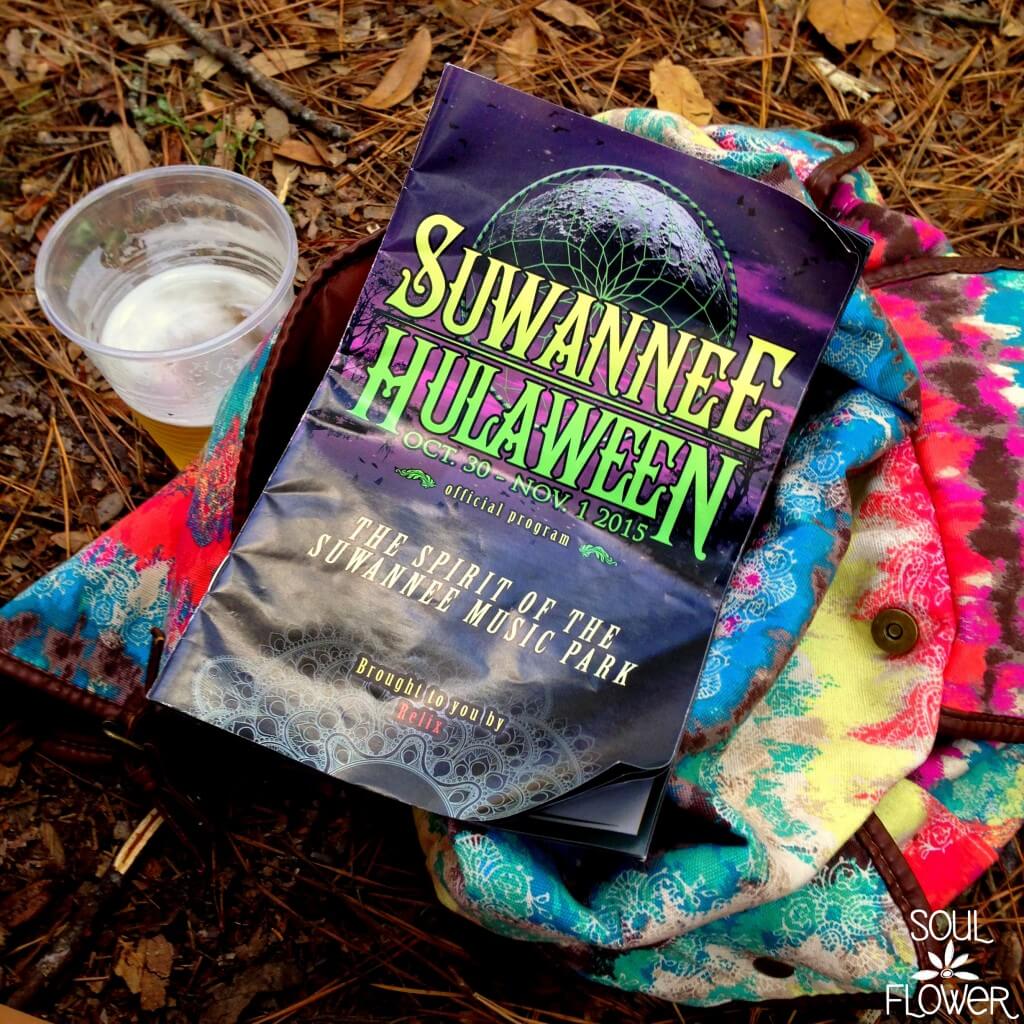 Here’s another thank you to String Cheese for starting yet another successful chapter—a chapter proving my ability to flow through life under any circumstance. I became part of something bigger amongst the crowd, but more importantly, I became more of myself in a world of my own. I learned I was able to do things with pride in my independence, no matter the task at hand. My eyes opened wider than ever before. I owe a world of gratitude and all of my love to SCI for always urging and reminding me I can be whoever I want to be, and I can accomplish anything I set my mind to. I am free to be a free spirit and there is no shame in expressing that. Until the next ‘Incident’, my dear friends! 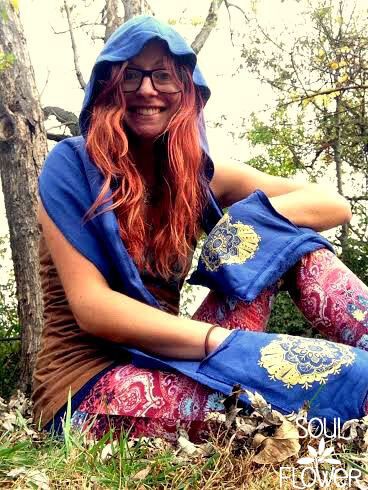