“Be who you are and say what you feel, because those who mind don’t matter, and those who matter don’t mind.” -Dr. Seuss 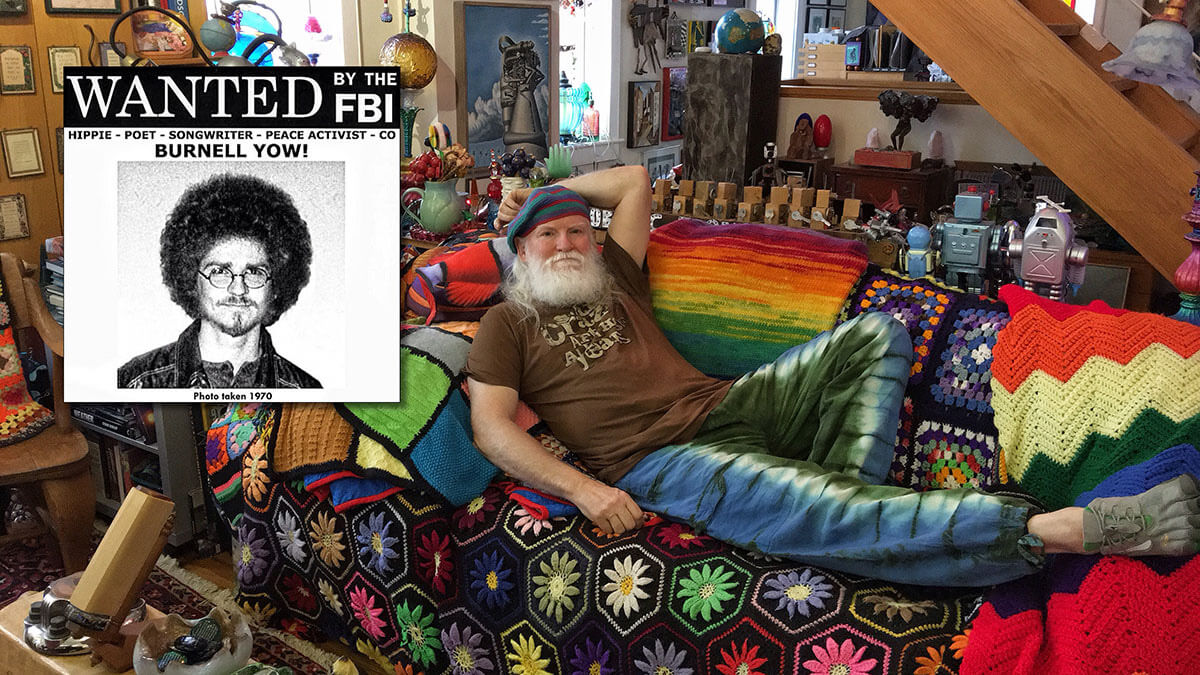 One should never underestimate the value of joyfully being yourself. After all, as Oscar Wilde said, “everyone else is already taken.” But for many, following ones own bliss, daring to stand out from the crowd, or dancing to the beat of a different drum machine invites ridicule and pressure to conform. While it is easier to go along to get along, the rewards for not doing so, e.g., self-esteem and the knowledge that you’re making a genuine contribution (one only you can make) are great.

I grew up during the sixties and seventies – a time for reflection and a good deal of questioning of the status quo. We protested injustice, marched for peace, experimented with mind-altering drugs, meditation, and yoga, and expressed our desire for personal freedom through the clothes we wore, the length of our hair, and the music we listened to and championed. (Note: I’m not actually wanted by the FBI.) 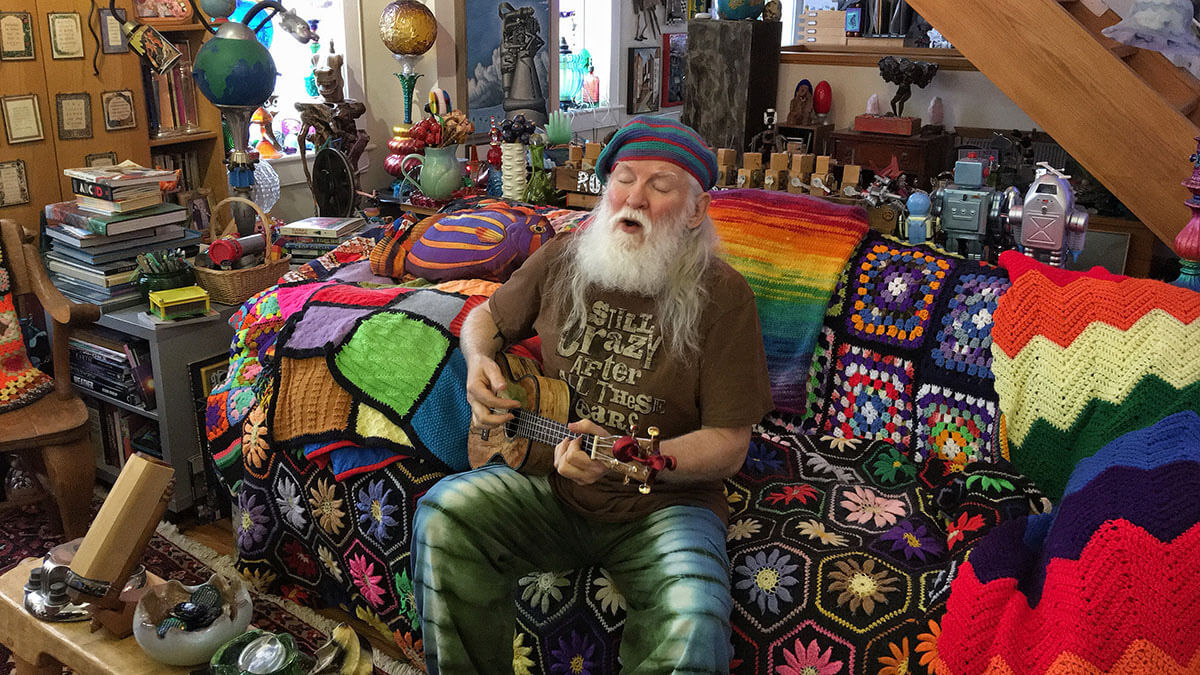 Jump ahead to 2016 and you’ll still find the likes of Dylan, Joplin, CSNY, Pete Seeger, and Grace Slick keeping my bones moving, only now listened to through headphones connected to an iPhone. Yes, I’m still crazy after all these years. And still into peace, justice, freedom, and rock ‘n roll. Still a liberal and an artist and a feminist, as are many folks of my generation. But I also still have long hair, a beard, and am still crazy about tie-dyed and ethnic-style (or even weird) clothing, hippie hand-made jewelry, shoulder bags, bright colors, etc. To some folks, that means I’m “stuck in the sixties.” And yes, I’ve actually been told that.

In fact, a while back I was approached on the street by the host of a well-know reality TV makeover show with camera and sound crew in tow. The host came up to me with a big smile and a microphone in hand and said, “You look like you’re stuck in the sixties.” Then she added, “We’d like to change that.” I said I wasn’t interested and that I liked the way I looked. She simply laughed and proceeded to tell me exactly what they’d do – and all on camera for the benefit of their viewing audience. First step, of course would be a haircut and a shave, followed by a radical wardrobe makeover: no tie-dye, no Bob Marley t-shirts, no drawstring pants, and certainly no bright colors or wild prints. The host’s eyes moved down my body and paused briefly on my hemp shoulder bag. Obviously that would have to go, I thought to myself, no doubt replaced with a leather briefcase. Again I said I was not interested. But she wasn’t going to give up quite yet. She explained that the episode’s finale would be knocking at the door to my home to surprise my unsuspecting wife with my radical transformation, again with camera crew filming every glorious moment to capture her hopefully stunned reaction. And all this at no cost to me. In fact, they would pay me.

“Look,” I said, emphatically. “I get up every morning and look in the mirror, and I like what I see.” Without another word, she shrugged and headed off down the street, her camera and sound crew close at her heels. 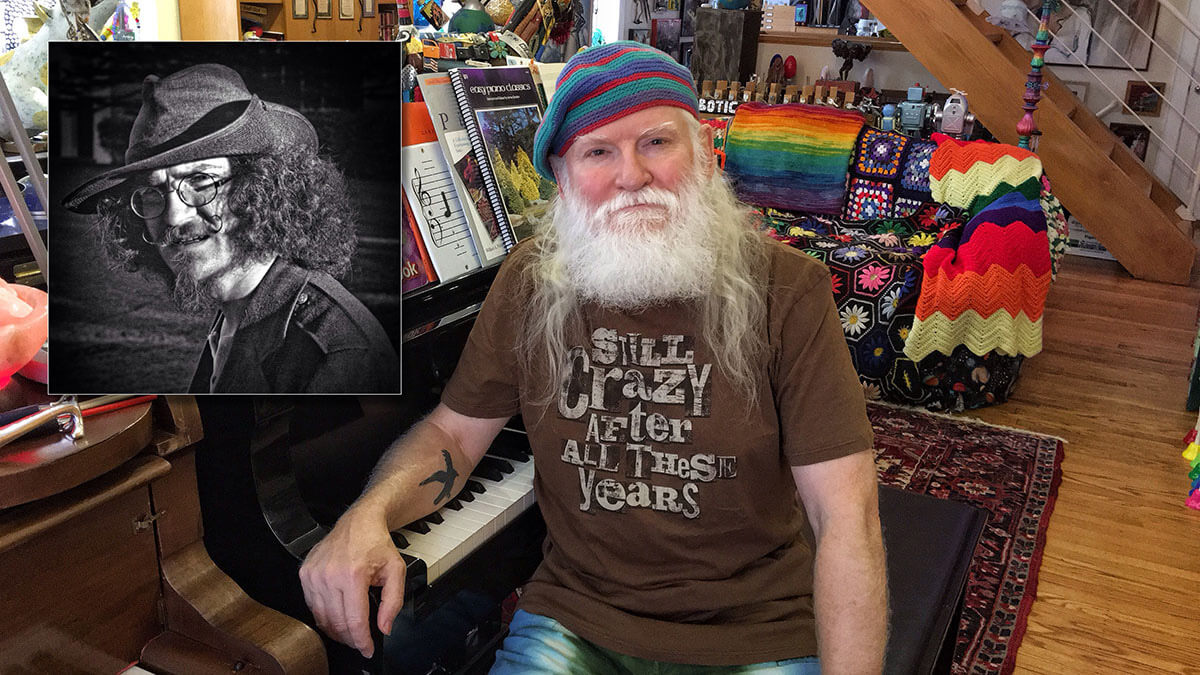 I walked on with a genuine chuckle. Later at home I searched “hippie clothing” online and the first link took me to a Halloween costume website. I’m not kidding. I could be a pirate or a vampire or a hippie for just $39.95. Fortunately, the second link was to Soul Flower. Their tag line is “Cool threads for kind heads.” My kind of place, no doubt. The people who work there are very hip and eco-conscious and, for the most part, young enough to be my kids. It is so very cool (dare I say “groovy”) to see young people thriving and building on the socially conscious ideas and attitudes that grew out of the sixties. And as someone who is just about to turn sixty-five, I am proud to own and wear an original SoulFlower “Still crazy after all these years” t-shirt. I guess what I’m essentially trying to say is “whatever you are, be that.” You may end up with fewer “friends” on Facebook, but you’ll gain the respect and admiration of those who, like yourself, dare to live an authentic life. Peace & Love.

5 Comments on Whatever You Are, Be That