Here’s Part II of the “Behind the Design” series with designer, Leiah. Find out the details behind her inspiration for the Go Barefoot Organic Ebb & Flow Top, which includes ancient Buddhist art, the Wheel of Dharma, and going barefoot in the Summer!

For this design, I was inspired by the footprints of the Buddha, decorated imprints or carvings that look like footprints found around the world in rock or stone. There are about 3,000 Buddhapada worldwide, found throughout Asia. They were manmade in sacred spaces as far back as the 1st century as a reminder of Buddha’s presence on earth and a symbol of the spiritual path to be followed. 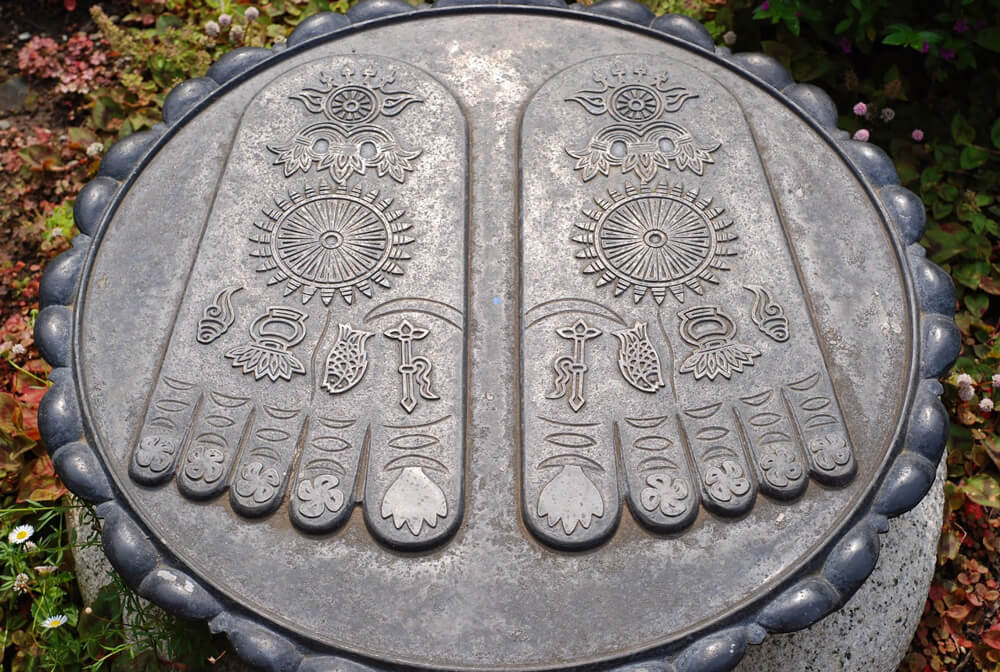 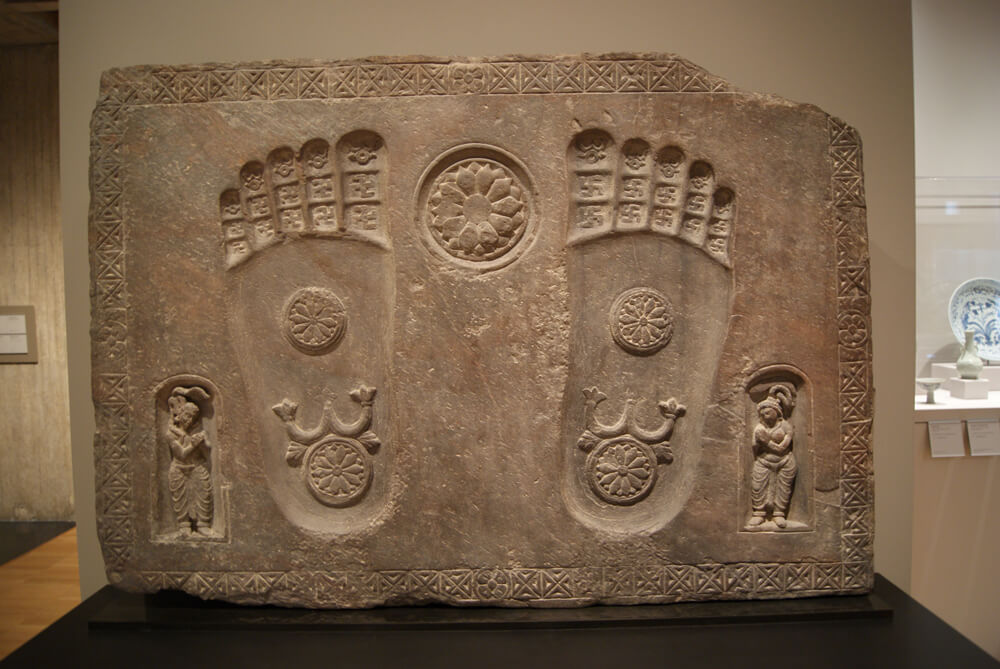 I love the idea of making your mark on a place, your footprints being the only thing you leave behind, your story written in the markings of your soles. The Buddha’s feet imprints are amazingly beautiful, and I wanted to retain some of the symbolism without appropriating too much. The Wheel of Dharma is often depicted at the center of buddha footprints, which symbolizes movement and rebirth. And it just so happens to look like the steering wheel of a ship(!), which is what sparked the idea to go in a nautical direction with this design. 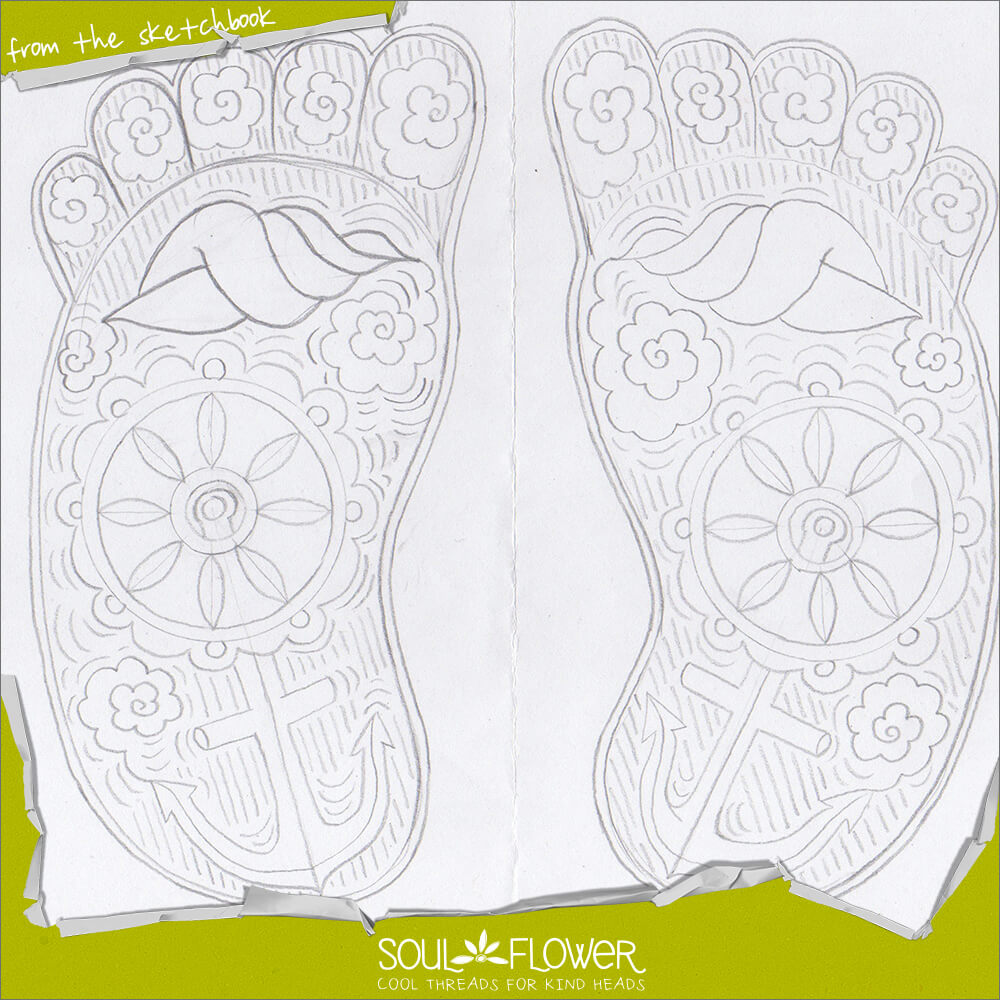 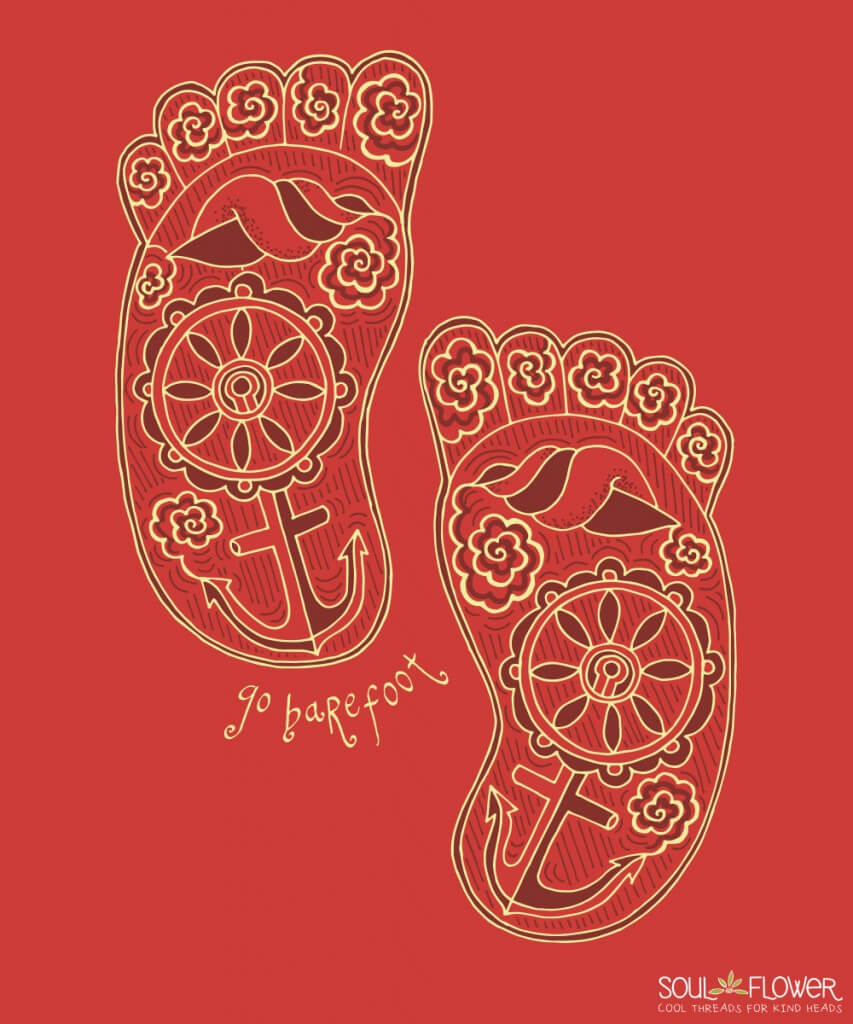 Since this t-shirt was going to be a part of our spring/summer 2015 collection, I channeled warm summer days and bare feet in the sand alongside the original buddhapada inspiration. I added seashells and anchors to make it feel more like summer on the water. The simple phrase “go barefoot” perfectly encompasses that carefree, wind-in-your hair, sun-on-your-shoulders summer attitude. 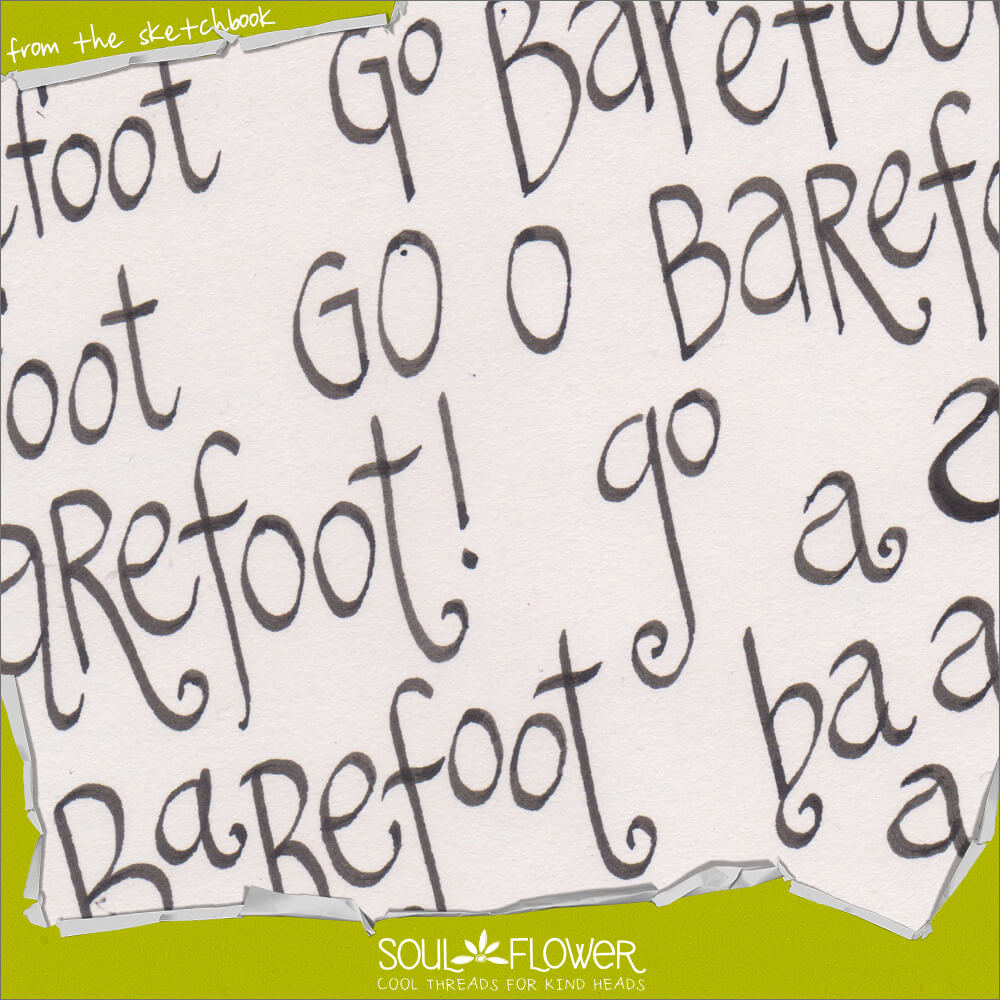 As far as the process goes, it was pretty simple: I drew a thumbnail to get the concept right. Then I drew a larger version of the design in pencil, working and reworking until it was just right. Then I traced over the pencil lines with ink pen, scanned it into my computer, and digitized it for screenprinting. The “go barefoot” are hand letters that I drew with a calligraphy pen and ink! It took a few tries to get them just right.

You may not realize these feet were inspired by an ancient relic of Buddhism, but then again, knowing isn’t necessary. That’s what I love about creating designs for Soul Flower. Inspiration can come from anywhere, and as long as it’s mindful and meaningful, I let it influence my work. Yet the concepts we depict on our tees are universal, and you don’t need to understand every last detail for the design to resonate with you. If it speaks to your soul and makes you smile, then the art is successful!

Love the story? Get the look!