It’s interesting to think about the historical timeline of opportunities. Past generations might not have even had the chance to go to college. Back then seeing a female doctor made people’s jaw drop and head spin. Many people did not know what they could be capable of; they lacked opportunity. But oh how things have changed. It’s now 2016 and the world is crawling with opportunity. The world is your oyster (that saying is still unclear to me because an oyster is a very small creature). Anyway, today anyone can be or do anything they want. They could be an astronaut or a professional bubble maker or a world traveler; it’s all possible.

These endless opportunities can be pretty overwhelming. That’s how I feel at least. There is so much I want to get done in my life like go to Ireland, get a dog, swim with whales, build a house. The list goes on. With so many dreams sometimes it’s hard to make a decision. When is a good time to do what? How much will that cost? Where will I live? Questions fly around your head and you just can’t make a decision. This is what happened to me and this is how I ended up moving into my Subaru Forester XT for the summer. 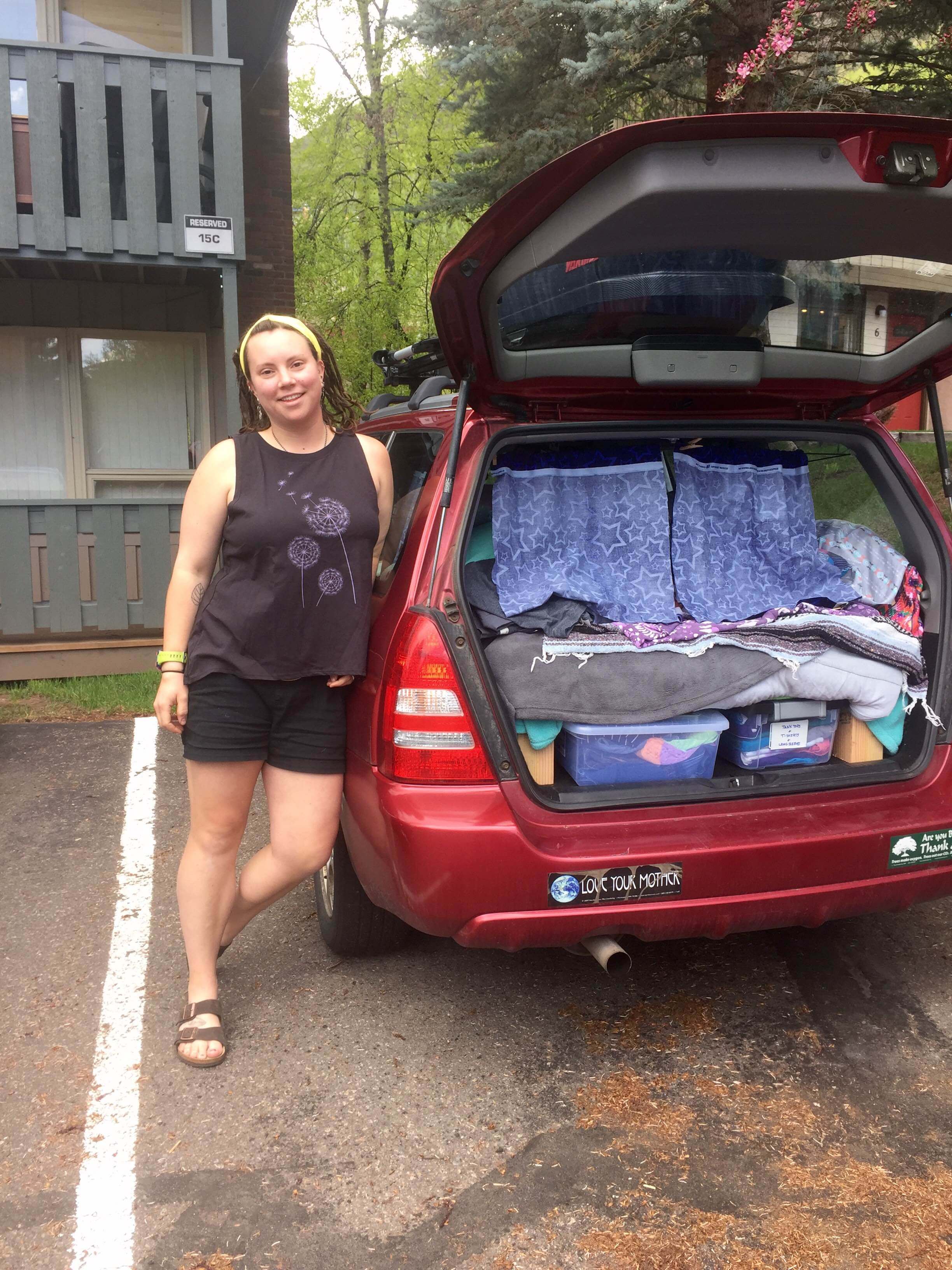 I moved out to Colorado with my boyfriend and four of our friends for the winter season. Well, come May I had no idea what to do next. I thought a lot about moving home, but everyone in town kept talking about how amazing and beautiful Colorado is in the summer. I realized that I had no idea when the next time I would have an opportunity like this, so I took the leap. I watched the person I had spent the last year and a half of my life with move back to the other side of the country, while I absorbed the fact that I was going to be spending a lot of time alone. 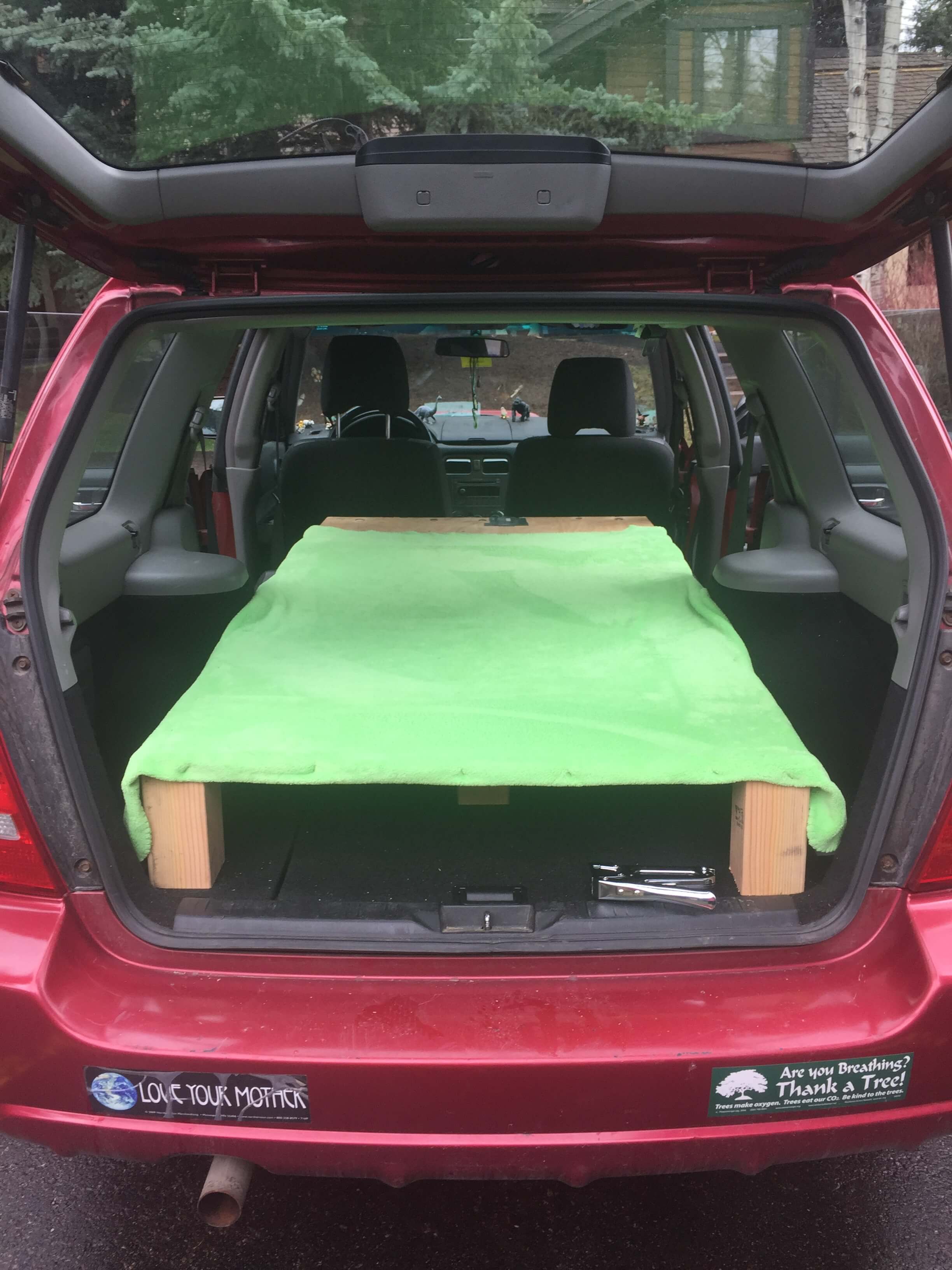 Due to my post-grad financial struggles, I converted my car (who’s name is Ruby and she’s a bad ass) into a camper. I built a platform bed inside that has quickly become my go to comfort zone, where the loneliness isn’t as daunting.  I never thought you could have so much dependence, appreciation, and love for an inanimate object. Ruby is my transportation, my bed, and my protection. I have quickly learned how she likes to overheat while going up the Vail Pass or how she can barely go over 65 miles per hour or how she emits many questionable smells while cruising down the road. Never the less, this summer she is my everything. 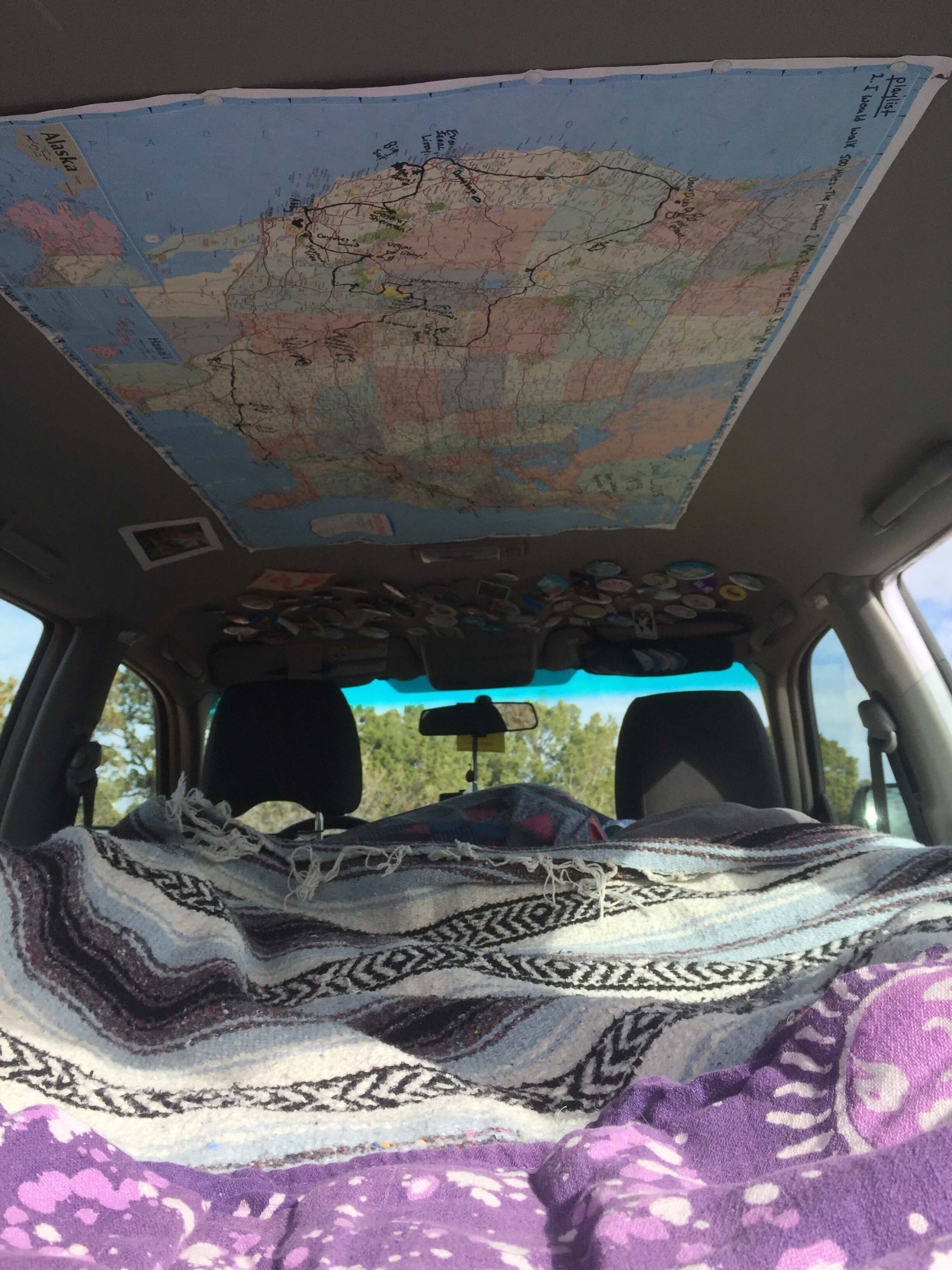 Ruby and I have been inseparable for about three weeks now and living out of your car is…well, challenging, yet rewarding at the same time. It forces you to be unbelievably organized and innovative, which feels awesome. Not every 24 year old can say they lived out of their car. So far I’ve learned that it’s okay to Fabreeze your clothes; you will never be able to buy cheese again unless you eat it immediately after or else it will give off an unbearable odor; always have your toothbrush and an extra pair of underwear in your backpack; your headlamp is your best friend; and rest stop bathrooms deserve more credit than they are given. 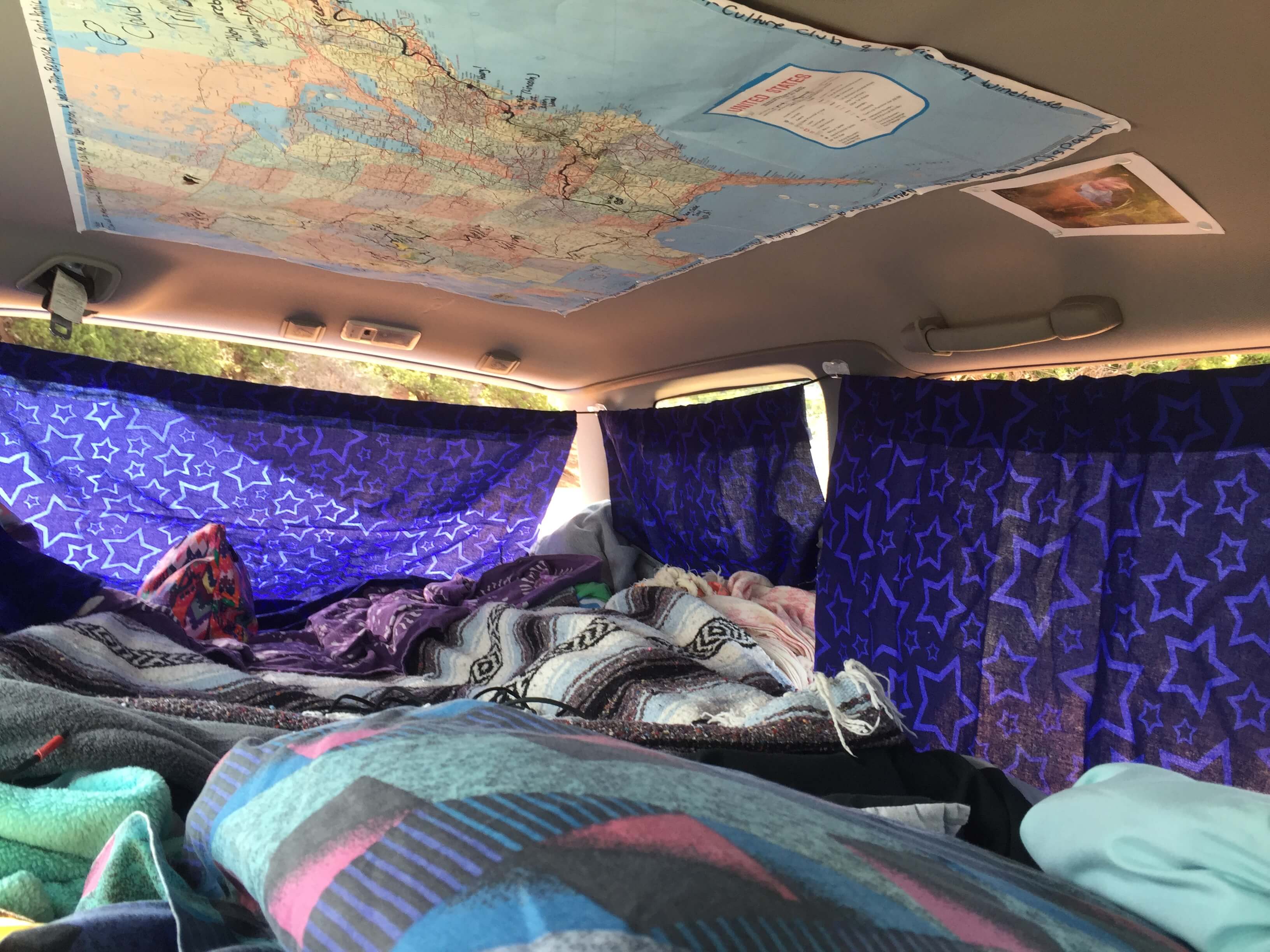 I’ve thought for a long time about what I’m hoping to get out of this summer and what I will experience, but it’s hard to know what will transpire. The opportunities are endless. I have dubbed this summer an adventure. I have no rules (expect to go to work). I have nowhere to get back to at night. I can’t sit inside or watch TV. If I want to just relax it has to be outside, which is splendid, except when it’s raining. It’s fun to get distracted by the stars at night instead of a TV, and to wake up when the sun wakes up. Right now the feelings are a mix between fear and excitement. Seventy-five percent excitement and twenty-five percent fear. By the end I am hoping for a ninety-nine to one percent mixture. We shall see what lies ahead. I am certainly not a hobbit with a wizard as a companion, but in the words of Bilbo Baggins, “I’m going on an adventure!”